LATEST MARKET UPDATE: UK gas and power markets have traded lower across the curve so far this week, with a bearish outlook as Norwegian outages come to an end next month and fears of a second wave of Coronavirus has pushed prices within the wider commodities lower. Oil prices in particular continue to be pressured by the threat of a reduced demand that a second wave of Coronavirus could bring, with prices trading below $40/bbl for the first time since mid-June.

It's Never Been Easier to Check a Hotel's Energy Consumption

To find out what hotels could be doing to become more energy-efficient, editor Hamish Kilburn sits down with Utility Team’s CEO, Delvin Lane…

Design and service have equal roles to play in the hospitality arena, with neither being able to shine in the spotlight without the other.

Therefore, it comes as somewhat of a surprise to hear that a large number of hotels are inefficiently heating and cooling their hotels – and losing some serious money in the process of doing so.

Utility Team is an end-to-end business energy consultancy solutions business that works with hotels and venues to help them better understand how to use less energy, and pay the right amount for the energy used. By simplifying the process, the company shows its customers how to take advantage of current market conditions whilst being mindful of an ever-changing regulatory landscape.

To make sense of energy consumption and the solutions available on the market, I spoke to Utility Team’s CEO, Delvin Lane.

Hamish Kilburn: How many hotels, would you say, are getting energy consumption wrong?

Delvin Lane: Firstly, approximately 30 – 40 percent of all business energy bills are wrong. With our customers, we start by making sure they are paying the right amount for the energy they use.

Secondly, and this is how our business has evolved over the years, we help our customers understand how they can use less energy. The simple fact remains true that if a hotel can use less, it will pay less and a reduction in operating costs will have a positive impact on a hotels bottom line.

HK: How valuable can a change of energy consumption be to a hotel?

Historically, energy-saving measures came at a high cost. However, where the market is currently, there are so many more options to integrate energy efficiency in design that actually enhance the overall performance and comfort of the hotel while also adding to its commercial value.

We manage hundreds of properties in London, for example, and as a result of their increase of energy efficiency, their commercial value has risen often in excess of four – six percent.

DL: The decarbonisation of the electricity grid has opened the door for new sources of energy. We have seen a rise in nuclear in addition to a three-fold increase in solar and wind-generated electricity. Coal, a traditional source of energy, has almost vanished. Gas still makes up a significant part of the fuel mix but to meet global carbon targets we will need to ramp up the transition away from natural gas as a fuel source.  Depending on climatic conditions,  renewables are providing somewhere between 30 – 50 percent of energy generation, which is really positive to see. 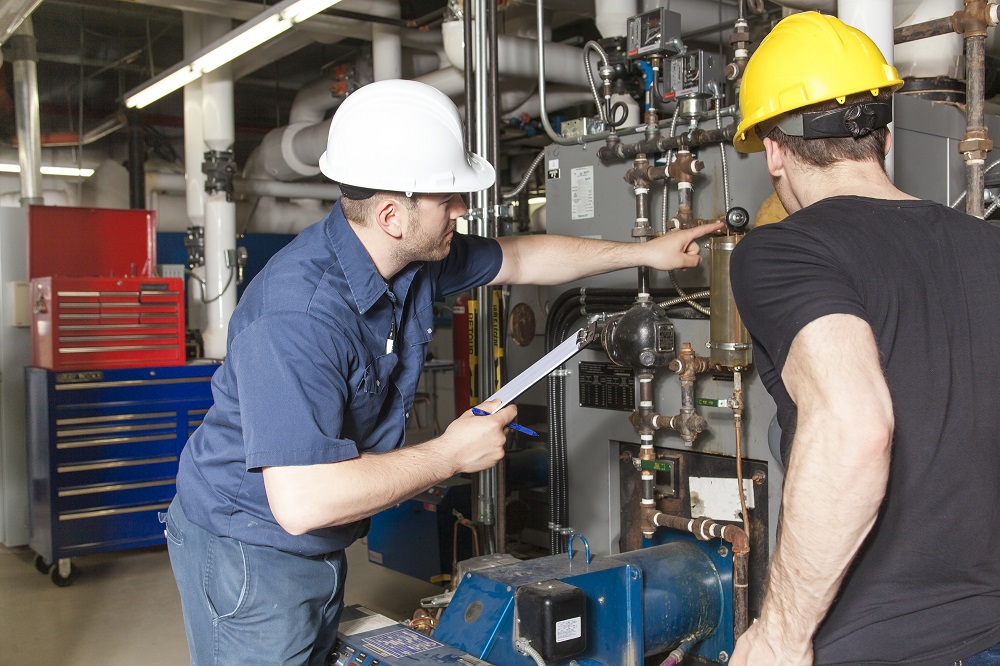 HK: What should hotels be considering when becoming more energy efficient?

DL: What’s important is that there is not one solution for all hotels. We work with our customers individually so that we can offer a personalised solution that works for them. As a starter, we will typically ask if they have considered things like solar panels, ground-source heat pumps and EV charging along with the more traditional energy efficiency measures such as building controls, LED lighting and heating, ventilation, and air conditioning (HVAC) reductions.

DL: The government has said that by 2035, there will be no new petrol or hybrid vehicles. With people only being able to purchase electric or hydrogen cars and vans, once the ban comes into effect, then guests are also going to demand these charging facilities in hotel car parks.

HK: Why are hotels getting heating so wrong?

DL: I don’t think I have ever walked into to a cold hotel. The first thing I do once I have checked in to my room is turn down the temperature. What can hotels do to make that more efficient, I ask?

Usually there are huge boilers churning out excess heat – I would suggest that hotels are losing anywhere between 10 – 12 percent just on overheating their hotels. I would also suggest that heating and cooling is probably the third largest cost in a hotel after staff and produce. Metering where and when heating is being used ineffectively will allow hotels to make measures to become more energy efficient.

HK: Why should hotels consider all generations when implementing changes?

DL: Today’s students are tomorrow’s hotel guests, and they are more conscious and aware about climate change. They will be making choices on carbon and energy credentials. Ignore that at your peril.

HK: What part does green energy play in the transition to a low carbon economy?

DL: There are different interpretations on what makes green energy. Firstly, hotels should know where energy is going and how much they are using.

Secondly, hotel owners and managers should understand how they can become more efficient, and what the cost and benefit of doing so will be. It is imperative that Hoteliers move away from traditional fossil fuel such as gas boilers. Instead, the need to have transparency of usage in each area of the hotel, the ability to have full controls of all energy using elements of the hotel and we all need to be generating our own power.

Once a hotel knows it’s efficient and is generating what it can, then it has some residual power and can decide on whether or not it should buy ‘green’.

HK: In all of this, hotels should avoid the practice of greenwashing. But how?

DL: The more a hotel understands about its own energy usage, the less likely it will ‘greenwash’. For example, if you want to avoid greenwashing, don’t go to the market and buy green power for the sake of being green while your hotel is not operating efficiently. If you do this, then you are simply throwing money away.

HK: What does the future of energy hold within the hospitality industry?

DL: Hotels are becoming more energy independent as markets fluctuate. With the decarbonisation of the energy grid, it no longer makes business sense to install gas boilers in new-builds. The obvious alternative to gas is heat pump technology which Utility Team are keen advocates of having recently joined the Heat Pump Association. A requirement to install increasing numbers of Electric Vehicle charging points will also becoming increasingly important to Hotel which present a unique set of challenges as grid capacity is already constrained.

There is no panacea to the carbon and energy challenge, so I’d suggest employing an expert to help you identify, prioritise and deliver your initiatives. A roadmap to net-zero is already being discussed in many boardrooms. It absolutely will become a topic in yours at some point.

I would like to conclude by saying that it’s okay to do nothing, it really is, but all the data indicates travellers are becoming increasingly conscious when making plans and, in an extremely competitive sector, if you chose to do nothing at least do nothing with all the information.

Speak to us about our latest services today